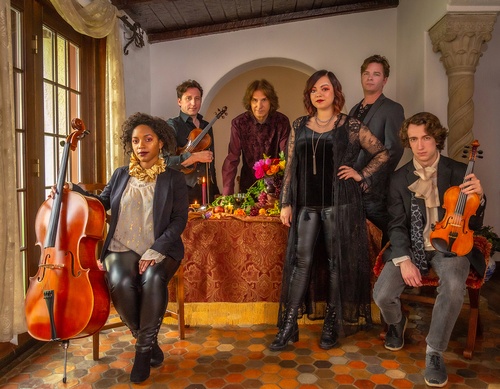 Classical Blast, based out of the Chicago area, is wildly popular for their innovative new arrangements of classic rock tunes performed on a mix of classical and rock instruments. The band has opened concerts for Joan Jett, Michael McDonald, ELO-The Orchestra, Rik Emmet, Burton Cummings and many other National Acts. Their unique mix of classical and contemporary is captivating, powerful and beautiful.
Classical Blast’s “From Bach to Rock” concert show is a melding of classical and classic rock music like never seen before. The show rocks out famed symphonic pieces by classical composers like, JS Bach, Beethoven, Handel, Mozart, Chopin and others, and mashes it with music by The Beatles, Pink Floyd, Led Zeppelin, Metallica, Muse and more. It’s a wild ride through the ages that totally rocks out! Add the artistry of classical violin and cello with rock instruments and powerhouse vocals and you’ve got the perfect show for music lovers of all ages. It’s the past, present & future brought together in perfect harmony!

Band members have performed live with rock band, Survivor; hip-hop artist, J Cole; John Legend and orchestras on both sides of the Atlantic. They've opened concerts for Joan Jett, The Orchestra (members of ELO), Michael MacDonald and other national acts, plus they’ve been featured on WGN-TV, Chicago Tribune, NPR local and other media.

Tickets can also be purchased at The Ohnward Fine Arts Center 563-652-9815 (from 9:00 am – 1:00 pm Monday - Friday), Osterhaus Pharmacy and the Maquoketa State Bank Main Office, Hartig Drug in Preston and the Bellevue Pharmacy in Bellevue.

Tickets are also available on line at www.ohnwardfineartscenter.com.

Concession will be available.
Beer and Wine will also be sold!
Event Media: 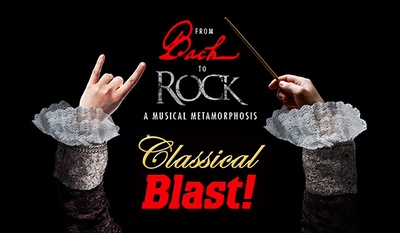